Home | About Us | History & Traditions 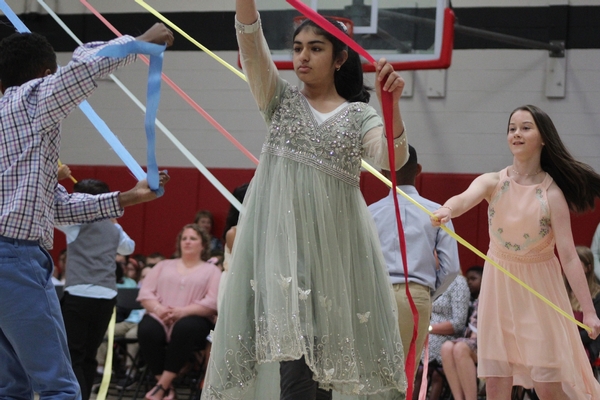 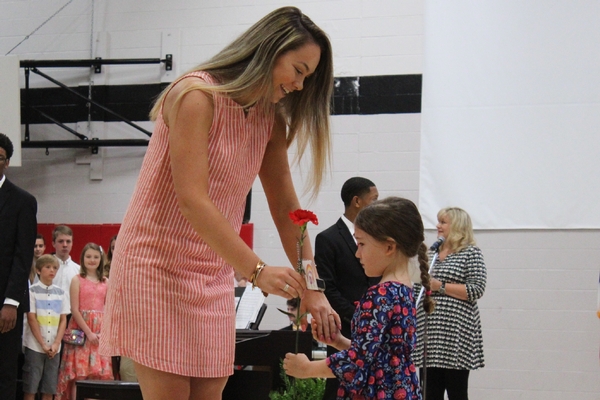 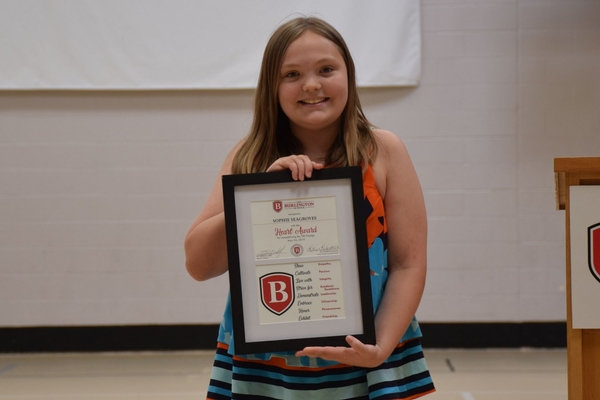 “A tradition without intelligence is not worth having.” - T.S. Eliot

All schools have traditions, and The Burlington School is no different. Some of our traditions came from the TBS predecessors - Burlington Day School and The Elon School. The two schools merged to become The Burlington School in 2013. Here is a brief look at some of our traditions.
May Day
May Day is held on the first Friday of May as a celebration of spring. This tradition began at Burlington Day School and goes back to the mid 1950s. TBS is one of the few schools to hold a May Day celebration. During the ceremony, we honor two representatives from the fourth grade, eighth grade and senior classes (all groups moving up to the next level of their education) for being good students and citizens. All seniors are recognized and are presented flowers from a Lower School student. Following musical and drama performances, the ceremony closes with the traditional May Pole Dance, which is performed by fifth-grade students.
Heart Awards
Every year TBS presents a trio of Heart Awards, an honor that recognizes a student's commitment to the pillars school's pledge. The awards are presented to students who are moving from Lower School to Middle School, from Middle School to Upper School and graduating from the Upper School. The Lower and Middle School honors are presented on the last day of school at the end-of-year awards ceremony. The Upper School recognition takes place during graduation.
Graduation Rose Ceremony
Graduation day is the start of a new journey for our senior class. The tradition of the Rose Ceremony was created by the first class of The Elon School. Each graduate received roses that were cut from the school's garden to present to someone that had supported and encouraged them throughout their educational career. Today, as each graduate exits the stage, they are presented with five roses to give out as they choose.

The Building of The Burlington School

A Brief History of Burlington Day School (BDS)
Burlington Day School was founded in 1954 by a group of parents who were genuinely interested in educational opportunities for their children. They were seeking an environment with quality class time, teacher attention and enrichment activities necessary for the kind of education they desired for their children. They began discussing the possibility of founding an independent school in Burlington, and an advisory board was formed to investigate the Calvert School curriculum.
In the fall of 1954, Burlington Day School began in a four-room building. The school moved to its Greenwood Terrace location in 1979, with a campus of 20 acres and a facility of more than 37,600 square feet.
A Brief History of The Elon School (TES)
Upon learning that the organization that founded The Elon School in 2007 would not be continuing its sponsorship after the 2011-12 school year, a group of current and past parents of the school, as well as community advocates, joined together to establish Friends of Independent School, Inc. (FISI). Still committed to the idea that the community needed an independent college-preparatory high school, this group wanted to continue the momentum of The Elon School’s early accomplishments.
Like the parents who boldly formed BDS years ago, the parents and friends who formed FISI believed in their vision of providing a better education for their children.
FISI identified the former Blessed Sacrament Church campus in downtown Burlington as the new location for its school and began moving forward to recruit students and faculty. Renovations and updates were made, and the school established by FISI continued The Elon School name and opened its doors at the new campus in August 2012.
A Brief History of the Merger to Create The Burlington School (TBS)
The founders of Burlington Day School and The Elon School shared a similar vision. Though they were at different stages in their journeys, both were determined to provide an independent education option for our community and were committed to similar core values in which students are challenged yet supported.
In a move to streamline and strengthen that vision, the board members, parents, alumni, faculty, staff and friends of both schools came together to form one school. In July 2013, BDS and TES merged to form an independent pre-kindergarten to 12th grade college preparatory school. The merged school operated on the two separate campuses until June 2018, when a new Upper School building was completed on Greenwood Terrace.
Rooted in core learning, character and community, the TBS curriculum is focused on the creative and critical thinking skills needed in the 21 st century. TBS intends to develop students’ intellectual curiosity, their love of learning and their desire to make a better world.